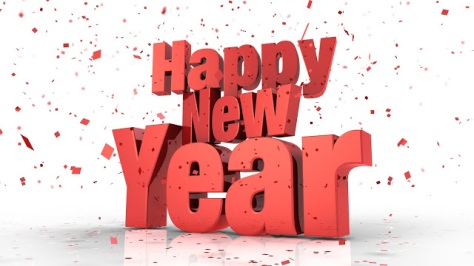 As always, you can purchase Dead Skin Dave, the Pirate and Jeremy, the Jack-o’-Lantern all year long on my Books page.

Stay tuned for more Fantastic Adventures in Family Entertainment, great blog posts, and a few surprises here and there.

Lastly, what would you like to see? Let me know in the comments. Happy new year!

The WordPress.com stats helper monkeys prepared a 2013 annual report for this blog.

A San Francisco cable car holds 60 people. This blog was viewed about 3,300 times in 2013. If it were a cable car, it would take about 55 trips to carry that many people. 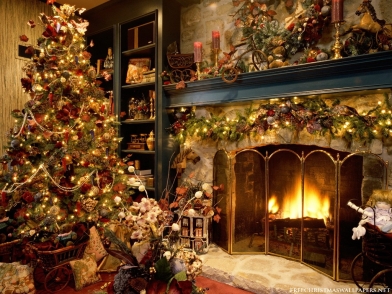 We’ve all seen the movies and TV commercials, family and friends all wearing Christmas sweaters, an impeccably decorated house, snow falling to the ground and everyone laughing, drinking hot cocoa and having the time of their lives. When you think of Holiday parties, what comes to mind? It’s probably something similar to what I just described. But how many of you have actually experienced the Holidays in this way? Are we all trying to live up to some lofty expectation that can never be met? If so, how did this happen? Card companies? Norman Rockwell?

Of course the next obvious question is, does it matter? Perhaps we should stop searching for that one thing that will make us “feel” like it is Christmas and focus instead on what we have. Take a moment and look at your children or grandchildren as they run through the house playing with their new toys. Do they have any trouble finding the Christmas spirit? Forget all of these notions about the perfect holiday party and focus on creating your perfect holiday party. What do you want at your party? Who do you want to see? What do you want to eat? Where do you want  to be? Go out and make it happen! Give your kids a safe, engaging and fun environment and I’ll bet the rest of the pieces will fall into place.

The easiest part of the holidays is taking time off and lounging in front of the television. With the little downtime I get these days, sitting in front of the television with my feet up is very enticing, indeed. Of course, there’s always that neglected story I started writing and let slip away. And then the guilt starts seeping in. You should be writing and creating rather than sitting here watching the 80th episode in a row of House Hunters. And so goes the dilemma.

While it is easier to just kick back and relax over the next month or so, I have decided to try a new tactic this year, and I encourage others who are also writers to do the same. Ay time I think about writing while I am in front of the TV or otherwise relaxing, I will get up, go to my computer and write a few sentences. It can be two sentences. Five. Eight. Whatever it takes to end a dialogue exchange, thought, scene etc. This way I am still writing and it only has to take a few moments of my time. Come the new year, I won’t be sitting there staring at a manuscript I haven’t touched since November.

So don’t give up, you can do it, live long and prosper, and all that jazz.

I’ll let you know how it goes!

New Year’s resolutions. Is it too early to start? I don’t think so! It is never to early to commit (or recommit) to goals. So, today I will present to you my goals for this web site and for myself.

Web site goals:
Bring safe, family friendly entertainment options to my readers through Fantastic Adventures in Family Entertainment. I want to create place where parents can come to look for engaging, safe content to share with their families.
Updates at least twice a week.
Better marketing tools for my books.
Develop an intuitive web site layout so readers can find easily find content.
Most importantly have fun blogging!

Personal goals:
Finish first draft of Kyle McDuffy, Elementary School Investigator by February.
Continue marketing Dead Skin Dave, the Pirate!
Rework Eliza the Witch and the Halloween that Almost Wasn’t so that I’m interested in writing it again.
Aim for 1,000 words a day – weekends included 🙂
Be a great husband and father.
Become a part of the local theatre community with later plans for world domination.

It is said that writers are great observers of the nuances of life. The following is what I observed at a 20 minute intermission at a musical theatre production. It gives a great insight into the little details that make characters in novels relatable.

Observation: About 1,000 people. Mostly seniors and middle aged. Intermission begins, most everyone stands up.

Observation: Man next to me is 40s, black hair brown eyes. Pulls out smartphone at beginning of intermission. Stares into screen for the entire 20 minutes His wife doesn’t see to care.

Observation: Elderly man wearing white fedora and gray flannel suit. He is walking a few rows down from me. He pauses, talk to to a group of friends about the play, hugs them, and walks away. The gait in his walk suggests he has trouble with is right knee. His infectious smile spreads to all whom he speaks to.

Observation: A heavyset middle aged woman stands to my right, talking with her friends about the production. She has blonde hair (dyed), a red and black flower print dress, ad gold, dangling earrings. She enjoyed the movie, but thinks this particular production blows it out of the water.

Observation: Tech crew takes a break behind me. Mostly wasting time on a smartphone.

Observation: Young man, late teens or early twenties, looks like a woman from far away. His red hair is down the the small of his back and so curly that it extends a good six inches on all sides.

Observation: Volunteer ushers seem to be following the command of one elderly volunteer. Looks like she takes this thing very seriously. It’s probably her only hobby and now that her husband is dead, she devotes her entire life to it. Or so it seems. Being a volunteer usher at this theatre would not be a fun experience.

What’s more fun than making things with your kids? Well, okay, there’s that. But, trust, me, this will be fun! We’ve all seen those craft websites and magazines with those amazingly good looking crafts that look oh so easy to make. Have you eve tried to make those? Yeah, they never turn out the way you though, right? Well, here are five crafts that are guaranteed to turn out great because they are simple in construction and explanation.
Add a little homemade decor to your home or front yard with these five easy craft ideas.

Halloween Ghost Jugs. Everyone has milk cartons, right? This has to be one of the easiest and effective crafts I have seen. All you need to do is cut the bottom out of the jug, use a sharpie to draw a face and stick them on top of a strand of lights for an eerie ghost-like effect.

Spider Pops. go to any craft store, like Micheal’s, pick up some little eyeballs, black fuzzy ropes, glue and Tootsie Pops. Spend some time with your kids and get them away from the TV for a bit.

Q-Tip Skeleton. This one is pretty straightforward. Q-Tips, black construction paper and glue! Best of all, your kids can use their imaginations and get creative with designing the skeletons’ faces!

Egg Carton Bat. Simply cut portions of an egg carton in threes. Cut the end pieces to resemble wings. Paint it black. Stick on some of those small eyes you have leftover from your spiders! Add a string or ribbon to the top for hanging.

Yeah, candy is great. Halloween candy is even better! But everyone gives out candy for Halloween. What are some items you can give out this Halloween that will have the entire neighborhood talking? Well, keep on reading!
All items available at Oriental Trading

Jack-o’-Lantern Basketballs. Have the kids in your neighborhood work off some of that candy! Hand out these small, rubber basketballs to encourage a little exercise and Halloween fun!

Candy Corn Bowling. Have this set up in your front yard as kids come up to trick or treat. You will be remembered as the house that has games! And, hey, the kids will have fun and use up a little energy.

Jack-o’-Lantern Punch Balls. Give these out and encourage the kids in your neighborhood to have some fun punching giant balloons. Another way for the kids to get some exercise and blow off a little steam!

Jack”O”Checkers. Slip a game of checkers into the kids’ candy bags this year (along with some candy, of course)! They will have a game to play when they get home, take a car ride, etc. Best of all, it is not an electronic device for them to stare at!!

Halloween friendship bracelets. Always a fun thing for kids to wear and give to each other. Encourage the children in your neighborhood to make new friends and communicate in person, not texting!

Monster Hand Goody Bag. Fill this up with some popcorn or candy corn for memorable presentation!

Bag o’ Blood! These were a big hit with the kids in my neighborhood a few years ago. I had kids running from the house to show their parents and friends the bag of blood they just received.

These are just a few of the many things you can give out this year to your trick or treaters! Put your house on the map and keep the kids talking about the goodies they received all year long. They will be counting the days to the next Halloween and yours will be the first house they visit!